“I wanted to show that athletes could go from the ball court to the board room,” says the retired two-time Hall of Famer and L.A. Lakers’ point guard, who’s now the Chairman and CEO of Magic Johnson Enterprises, an investment conglomerate, worth an estimated $1 billion dollars.

“Basketball was about details and paying attention to the details,” says Johnson, who calls himself a perfectionist. “I'm a very detailed organized guy as a CEO now. And competitive as hell and I want to win for my partners, investors, for myself and for the community.”

In the 1990’s, after he retired from basketball, Johnson started investing in businesses in urban America, including an alliance with Sony Pictures to develop Magic Johnson Theatres; and as Starbucks’s only franchisee in the history of the company, acquiring and later selling 125 stores.

Other businesses weren’t investing because they didn't think they could make money. But Johnson knew it was an underserved market and wanted to make a positive impact by bringing quality goods and services in these underserved urban communities.

“We proved that retailers and companies could make money in urban America,” he says. “Especially when you look at today the more than $1 trillion spending power of black Americans as well as Latinos,” he says, “Now there is more investment in urban cities across America because of what I started over 20 years ago.”

These days, Johnson, who was part of the 1992 “Dream Team,” that won Olympic gold medal in Barcelona, is president of basketball operations for the Lakers and a co-owner of the Los Angeles Dodgers. The 2012 acquisition of the Major League Baseball team was the highest purchase price for any professional team with the current value increasing 38% in 5 years.

He’s also a co-owner of the Los Angeles Sparks of the WNBA and Major League Soccer’s Los Angeles Football Club.

Johnson has many other investments too, including controlling interests in EquiTrust, a $14 billion financial services company; as well as African-American television network ASPiRE, and food service and facilities management company, SodexoMAGIC.

“You want someone who can write the cheque and open the doors for you.”

How does he manage all these projects so well? “The magic secret sauce is really hiring the right people,” says Johnson, who has five NBA championships and three NBA MVP awards, explaining he has a great management team, with managers he empowers to make decisions.

"Any business is all about the people who are running the business, making decisions,” he says. “The decision-makers are the ones really making it go every single day."

Johnson likes to hire motivated people – self-starters, who are driven to win.

In basketball, he had to know what motivated teammates. Nowadays he has to keep his employees focused. He wants them to believe in the brand, values and mission of the company.

When he's evaluating a business opportunity, Johnson looks at the company’s track record, management team and the prospects for the next five years.

He credits his mentors – like former Lakers’ owner Jerry Buss, who died in 2013, and current partners, like Peter Guber, who he’s been working with for the past six years – with helping him succeed in business.

“Get yourself a mentor – get somebody to help you,” he says, explaining a good mentor should be willing to take you aside and help you get started in your business.

“You want someone who can write the check and also open the doors for you,” he says, noting in addition to financial contributions, investors should introduce you to the right people and offer business expertise. 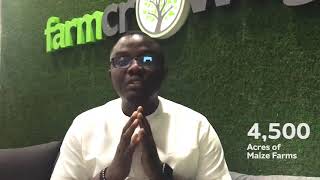